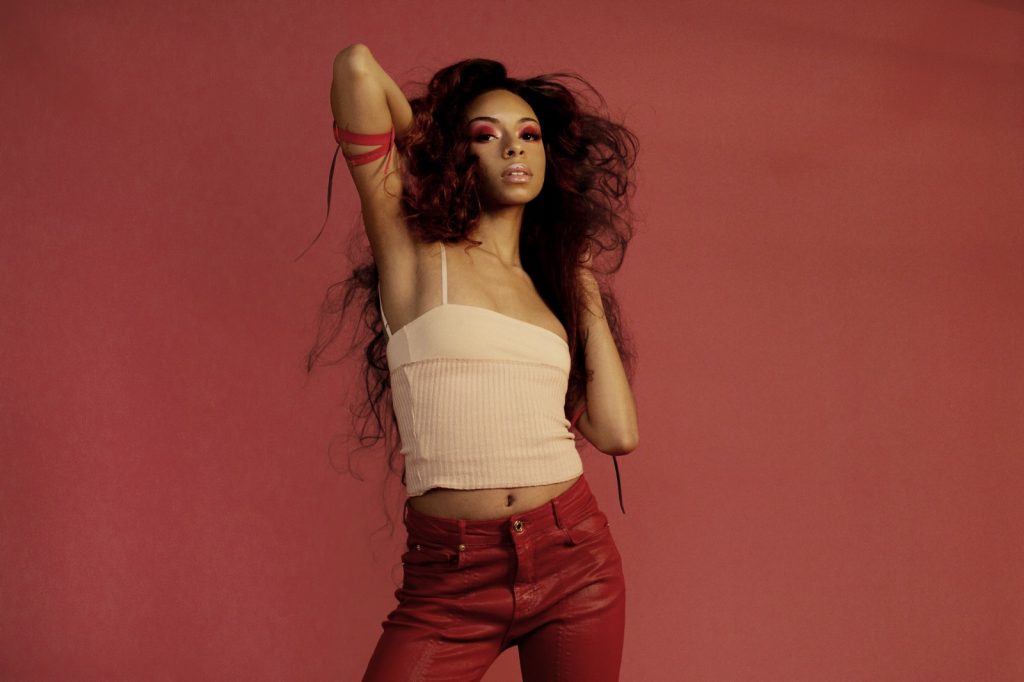 I’d stick around when things are falling down

As song titles go, there are few as apt as ‘Sticky’. Succinctly describing the track’s figurative and metaphorical message, it stands as a testament to the artistic focus of Ravyn Lanae. Featuring production by the talented Steve Lacy – the man behind the best of Kendrick Lamar’s discography – the track by rising RnB star from Chicago sounds nothing short of alcoholic. A dizzying cocktail of god-fearing keys, funky basslines and shimmering drums, that fizzes upon contact with Lenae’s sherbet sweet voice. In just a few gulps you’re drunk, swaying with every high-pitched whoop, spinning with each breathy whisper before stumbling into an utterly addictive and mesmeric state of bliss.