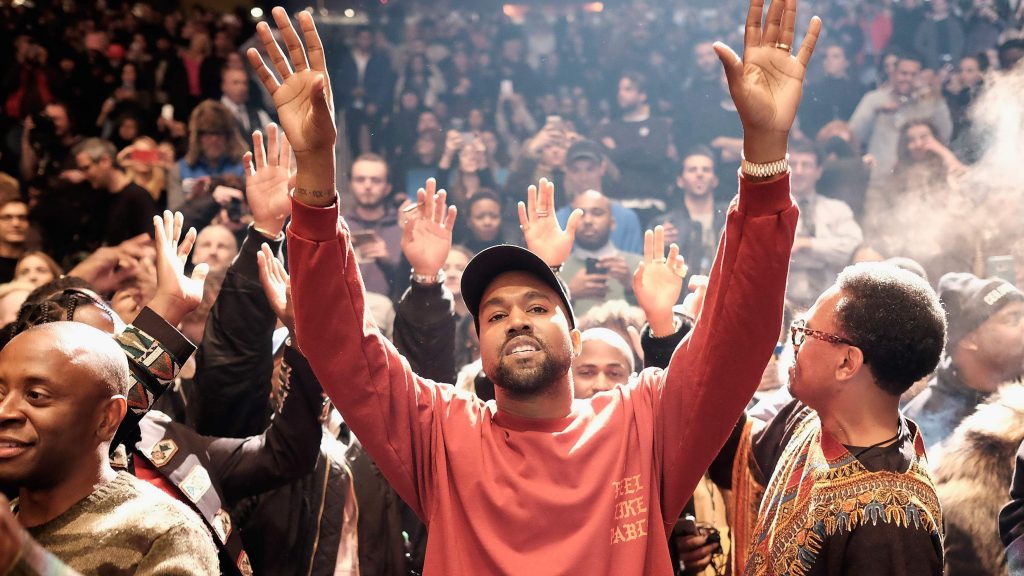 Kanye West ‘Real Friends’ – Any argument, the media’ll extend it

How many of us are real friends? It’s a question that millions of Facebook users (myself included) ask themselves when the stream of funny videos and GIFs give way to a mind numbing succession of vanity status updates.

After all, do we really care about the pictures of a distant relative’s child when you only accepted their friend request out of politeness? Do we really want to be in contact with the person we sat next to in school now that all they share are thinly veiled racist rants? And does anyone really give a shit about how much money your football accumulator made you?

No, what we actually care about is ourselves and, more specifically, the context that these virtual ‘friends’ provide us when we are assessing our the choices we’ve made in own life. This – if we’re being honest – is often the only reason we remain connected to some of these people.

If you chose to move away from your hometown, chances are you still have a virtual friend that stayed put. If you settled down, started a family and bought a house it’s likely you’ll be connected to a friend that’s still living the single life. Through their updates and shares you can see an alternate reality of what your life would, or could have been if you’d chosen another path, the judgement about whether what you see is better or worse is purely subjective.

It’s this structure of complex existential thought that is played out over the four minutes of Kanye West’s Real Friends – the best track off his ever evolving album The Life of Pablo.

Set against a beat which echoes like footsteps reverberating around a dimly lit underpass, the track’s pianos and electrical trumpets loop like an exhausted mind trying to figure out how to compartmentalise their feed of friends. Which of these relationships is genuine? Which have been neglected for too long? Which should be reinforced? Who just wants something from me? Who do I want something from? And which of these people make me feel better about my own life?

In the post-Kardashian world of West, the answers to these questions have very real consequences for himself and his immediate family, so it makes sense that he would choose to write about the subject. Where this song dazzlingly succeeds is how honestly he assesses how his new life as a family man has effected his previous friendships: “I couldn’t tell you how old your daughter was / Couldn’t tell you how old your son is”,”Even when we was young I used to make time / Now we be way too busy just to make time” and “I guess I get what I deserve, don’t I? / Word on the streets is they ain’t heard from him.”

These lines could describe any friendship that was once based in real life but now only exists virtually. They give the track an emotional resonance that allows the listener to empathise with the problems of West’s fame laden life and invite their own set of uncomfortable questions: Do you value a friendship purely on the amount of time you physically spend together? How often do you reduce your judgement of a person you once knew to a series of status updates, pictures, shares and videos? How would you feel about them doing the same to you? Or as West put simply, how many of us are real friends?