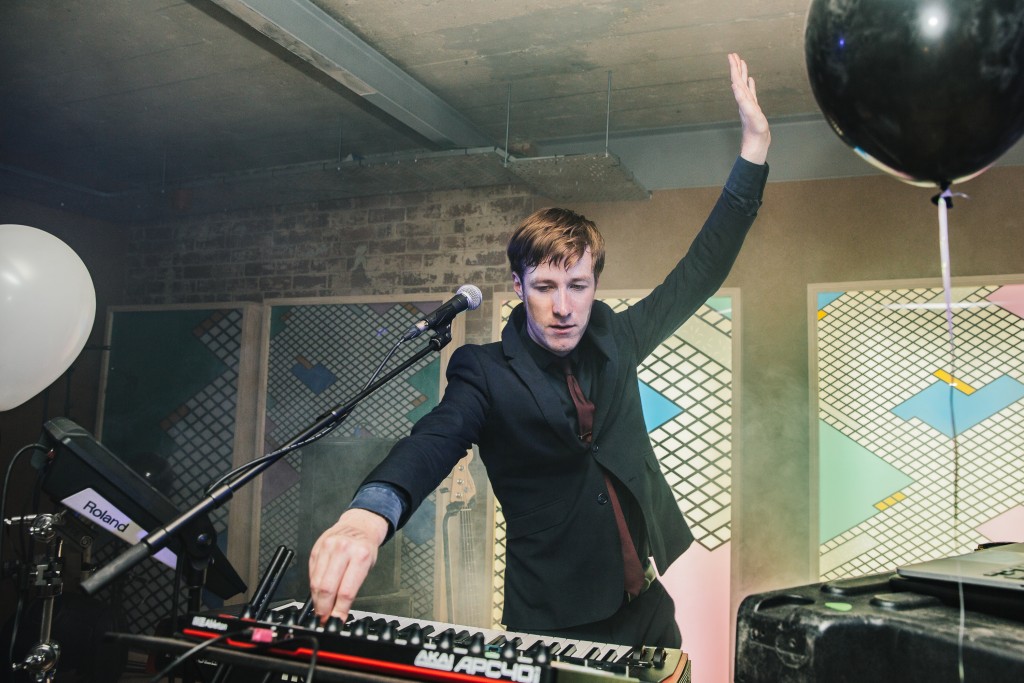 Last week, Farah kindly invited us to the opening of the brand new Headrow House venue slap bang in the centre of Leeds, where they were co-hosting the launch party of the Beacons Metro festival.

While the festival is a wholly different beast to its previous incarnation in a field outside Skipton, the lineup of the two-month long event is similarly eclectic, with acts as diverse as Ex Hex, Daniel Avery and Titus Andronicus performing at venues across the city.

For the opening night, we were treated to performances from Mercury-nominated East India Youth, and Phantasy Sound signing Ghost Culture. While ostensibly both acts a similar – a single guy stood behind a wall of keyboards playing electronic music – the end result is markedly different for each. Ghost Culture’s set comprising of the majority of his self-titled debut released earlier this year pushes the vocals lower in the mix, the beats and energy sharing similarities with label mates Erol Alkan and Daniel Avery.

For East India Youth however, the performance was much more vocal-led, with William Doyle’s pop sensibilities shining through his Eno-influenced soundscapes.

Despite the venue still being a work in progress – hi-vis clad builders were exiting as we entered the venue shortly after doors opened – the sound and setup was great, and it’s definitely going to become a regular haunt over the coming months, the beer hall is especially nice and is the kind of bar I’d like to own should I ever get to have my own venue.